Channeling #11 - part 2 - Why Challenges Arise, especially at Christmas, and How to Deal with Them; and Awakening

[The second half of this channeling from Joshua was mostly personal information, although the following edited excerpts from that is of more general application.]

Dealing with Challenges that Arise, especially at Christmas


I [Joshua] said previously [in part 1] about how some people are on a spiritual awakening path and that's part of the reason they came into this particular existence, whereas there are other people who are not really on that particular path. In this particular incarnation that they're experiencing they have a different role that they have chosen for themselves. They have a role in which they want to experience the extremes of existence. And again, this is perfectly fine. There are many other reasons, motivations, that drive how people select what they bring into a particular life.

Now, one of the more complex of those is an illness or disability. People are born and they bring with them -- and they make this decision before they're born -- a disability because there is something that they want to do with that, because they have a role to play [in which that is part of their identity].

Nothing in this physical reality happens by accident. Everything has a purpose. It may be very difficult to see that purpose at times, and it may be a struggle as that purpose works its way out, but everything has that kind of a purpose.
Every person is basically their own universe their own existence. The meanings of any kind of interpersonal interactions for any one of the individuals involved is something that is very much a part of that one individual's existence. It [the meaning] may be assigned to other people, or to other objects. However, it really does not come from those other objects, those other people.

The experience is that of the individual who is having the experience. You and Alan are individuals and you each have your own experience. At this point in time, the experiences you are creating in the world are a direct reflection of something that you and Alan, individually and separately, want to experience, to bring up. Sometimes it is to create a challenge of some type -- and so you create challenges.

Part of the reason challenges arise now has to do with this particular time of the year, this Christmas time of the year. Christmas and the end of the year is a very powerful time psychically on the planet, especially in those cultures that this tradition is a part of. 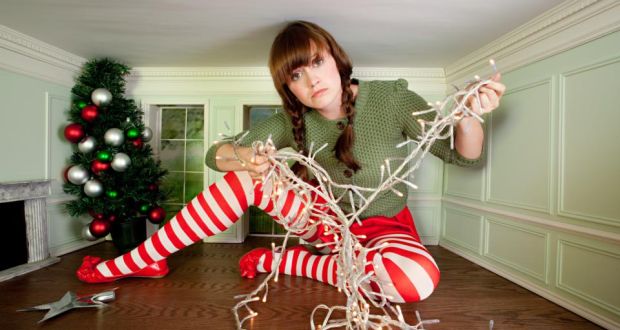 But it is also time when those deeper, what are sometimes called 'shadow', aspects arrive as well. For example, there's a very strong belief that when family get together for Christmas, people start fighting, right? And the get-togethers may turn out quite negative in some ways. And that's because of how all of these things, all these different emotions, all of these positive and what people consider negative things are being stirred up at this particular time.

Now, as I said, each person is a universe into themselves. So the way to deal with those challenges is to consider them in that way, to not assign them to an individual outside of yourself, but basically to realize that this was part of your subconscious. At this point in time, your subconscious, your inner self, thought this was one of those things that should come up -- that it would be good to deal with that issue or challenge at this point in time.

So one of the goals in this particular reality, in fact in all realities, all entities have this goal, is trying to reintegrate back to oneness. And the way that is done is by finding a way to bring all those different personalities that make up you into harmony.

The more that an entity integrates itself, the closer it becomes connected to Source, to All That Is.

So, when one feels that they are facing a challenge, that challenge is something that needs to be integrated. It's a part of the personality that needs to feel comfortable, that needs to be embraced and accepted. That doesn't mean you have to react to the outside entity that you see as the source of that challenge. It basically means that you have to find a way to accept that it is pare of your personality -- that you created the challenge, and you need to find a space for it so that it feels comfortable within you, so that it feels accepted and is not something that is being rejected by you. And so in that sense, it is totally an internal process of accommodating the diversity of your being.

It is almost like being the leader of a government -- being the leader of your body personality. How do you make all those parts of you happy? -- [Actually,] it's not even "happy" -- How do you make them feel safe and comfortable within you?  And in fact, as you do that, as you are able to do that with especially the ones that really bother you, that is another way of integration, of returning back to that oneness, returning back to All That Is. It's another path to enlightenment, to awakening.

And accepting that, and being satisfied with that, and realizing that is the wonder of life, that is the amazing thing about this physical reality.

The end goal of enlightenment is returning back to All That Is, it just returning back to Source. But to get there is a very long process. And so even the entities in these higher dimensions are still developing that process, developing themselves, growing themselves, and trying and learning how to integrate. They have new challenges based on the laws of the different dimensions.

So with that, thank you for being here. I am Joshua. I am actually -- we are actually -- a group of guides, of different parts of Alan, who exist at a different dimension.

But we're all actually integrated. He's one of us as well. He is our experience of this physical time-space reality. We experience that through him because our reality, our dimension, is quite different. So we use his experiences to experience what this particular physical reality is about.